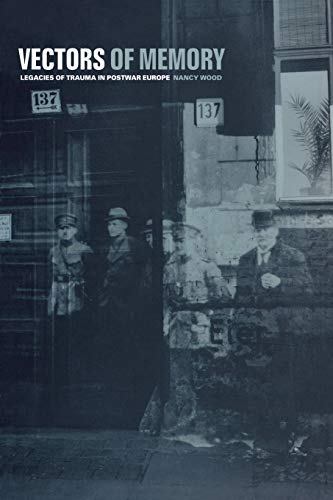 Vectors of memory : legacies of trauma in postwar Europe

WOOD, Nancy (Auteur)
Editeur : Oxford (UK) : Berg International Ed., 1999
Description matérielle : 1 vol. (204 p.) : ill. en noir et blanc
Résumé : "The topic of memory has shot to prominence in recent years, engaging the attention of academics and a wider public alike. This is partly due to a spate of anniversaries and commemorations of events, such as the Holocaust and the Second World War, whose significance for the present is affirmed even as their meanings continue to be debated. In Germany and France, contested memories, representations and commemorations of this period have become virtually a defining feature of their respective political cultures. Equally contested are France's memories of a decolonization process whose legacy still makes its presence felt in the political landscape. This book uses the concept of 'vectors' of memory to designate the conduits of that memorial activity, and examines in detail a range of vectors - historiography, war crimes trials, novels and films - that have focused public attention and debate in this era of so-called 'commemorative obsession'. More than a descriptive summary of such developments, the author elucidates the identity politics that is being expressed through these channels. In the course of these investigations, concepts such as 'sites of memory', 'testimony', and 'trauma' - much invoked in recent work on 'collective memory' - are critically examined in a number of historical, juridical and representational contexts." (Présentation éditeur)
Sujet : Seconde guerre mondiale (1939-1945) | histoire | mémoire | shoah | trauma | postcolonialisme
France -- pays | Allemagne -- pays